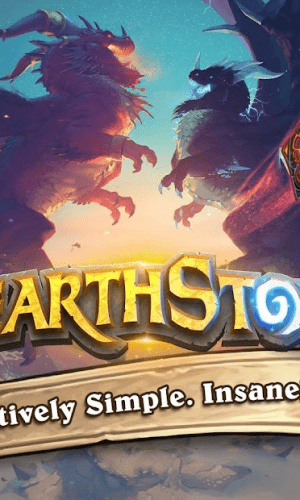 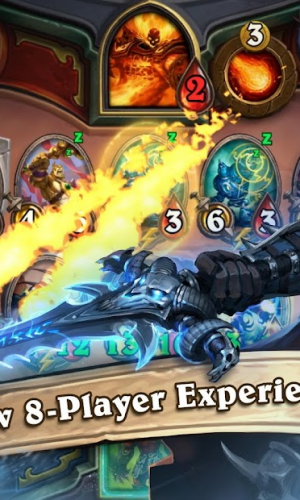 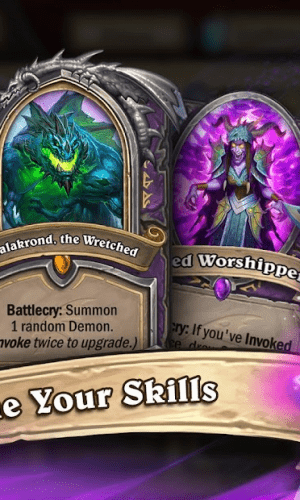 Hearthstone was developed by Blizzard Entertainment, famous for such video gaming masterpieces as the Warcraft series and Overwatch. The game was released in 2014. It is available for Windows OSX, Android, and iOS. Hearthstone is very popular among gamers having more than 10,000,000 downloads on Google Play only.

Hearthstone is based on the Warcraft storyline. You are going to create your own deck of cards, including various abilities. The main goal of this game is to defeat the enemies. You are going to collect combos that will help you to achieve your in-game targets. Players may step into the Arena and fight against other players online.

You are going to improve your skills practicing against AI-based characters. Once you are ready for online battles, you can compete with the rivals in PvP modes. You can participate in 8-player battles using your hero character to win. Those who are victorious in the battles can rely on in-game prizes.

Hearthstone offers an unbelievable gameplay opportunity. On the other hand, you don’t need to have previous gaming skills to start playing it. You can take Hearthstone with you anywhere you go. The account links are available from both mobile gadgets and PC or laptops.

If you are a fan of Blizzard’s Warcraft and Overwatch, you will definitely like the picture in this game. Hearthstone’s graphics is very similar to Warcraft, offering the same heroes. Moreover, the game offers nice visual effects. You don’t need to have a modern PC to play it with the highest resolution. The Recommended system requirements are comparatively low.

This game has various scenarios and ways to complete the missions. Hearthstone is a card game, and you don’t know the result until you end each level. This game has very high replay value, especially for those who like collecting cards and doing various combos with them.

This game is available for PCs and mobile devices. You can use various controller types to play it. If you start it on your PC, you can use a keyboard and mouse combination. Those who play on their mobile devices will use tap controls.

Hearthstone is a card game designed for all Warcraft amateurs. It is created by the same company as the legendary Orcs and Humans confrontation. You can download it from Google Play or App Store for free.