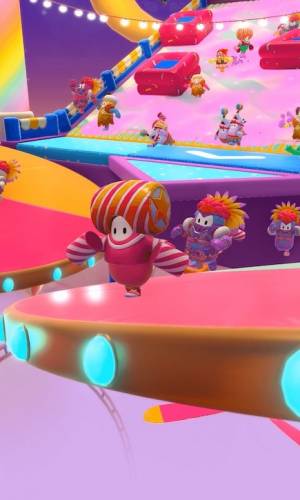 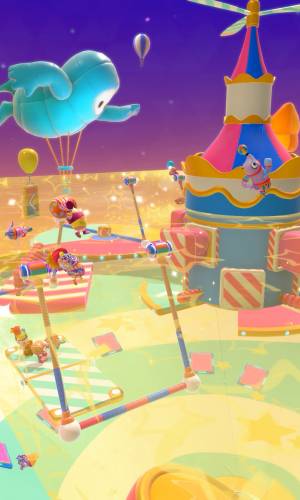 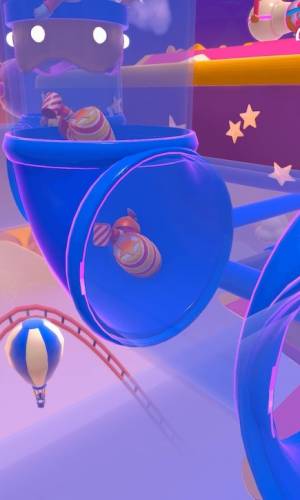 Fall Guys: Ultimate Knockout is a hit multiplayer platformer by Mediatonic, the developers of Heavenstrike Rivals, and some other good titles. Still, this one is the most successful franchise. In this game, you can team up with your friends or jump right into the battle royale alone against up to 60 concurrent players! The game is currently available for Windows PC, PS 4, Android (TBA 2021), and iOS (TBA 2021).

Fall Guys: Ultimate Knockout is powered by the Unity graphics engine, which is one of the most demanded development kits today. It lets developers implement fast-paced online multiplayer games without losing graphical performance. The game looks just as you expect a party game to look. It’s very bright, contrast, and features hilarious character designs. But the best thing is the physics. The ragdoll characters always bump into each other and interact with the environment in a very funny way, so running through the levels doesn’t get boring at all.

You can play Fall Guys with your controller or a keyboard, depending on your device. The good news is that the smartphone version supports connectible controllers as well. Controlling a character is quite challenging because it’s very loose and other players always compete to push you out from the track. Well, you’re welcome to do the same and have fun That’s what this game is for after all!

The Fall Guys game is made to last for years. It’s hard to imagine someone playing it every evening alone. That’s because all who play it every evening, play it with friends, or have fun meeting new random players online. The gameplay never gets boring because of all those unpredictable collisions you have with other players.

The whole game is an entire elimination challenge. Only the most patient player reach the finish without being knocked out. The good thing is that every time you fall or lose it doesn’t irritate you. We guarantee that you will only laugh at every defeat.

Fall Guys: Ultimate Knockout is certainly the best party game of 2020 and t has the full potential to remain on top of the genre for several years upfront. It’s also a unique battle royale installment that ditches all those shooting and lets you challenge your speed of reaction and spatial thinking. You should try it if you like 3D platformers and massive multiplayer competitions.